I Had It All Wrong—Until I Learned To Trust

If you want something done right, you have to do it yourself.

I’m willing to bet that most people reading this article have heard a frustrated leader utter these words in a moment of panic over a project gone south. Maybe you have even said, or thought, these words yourself. I certainly have. I probably wasn’t consciously aware of this in my early career, but I wholeheartedly believed that the only person I could rely on was myself. Fortunately, my thinking changed after one of my employees helped me understand the underlying problem: a lack of trust in my team.

As a military officer, I once had an assignment building shooting range berms at a California military base. My task was to make dirt piles that stop bullets, but it was more complicated than that. From a technical perspective, constructing berms that can withstand heavy bombardment without blowing away over time requires careful compaction at multiple phases of the construction process. It also requires large, heavy machinery like scrapers and compactors.

From a logistics perspective, the job had a lot of moving parts. The crew lived at the worksite, which meant I needed to arrange essentials like food, water, tents and toilets. Given the 3-month project duration, I was always dealing with whatever else came up. Let me tell you; something always comes up.

As the officer in charge of operations, I had an assistant, and I offloaded my routine tasks on him to free my time for everything related to the shooting range construction project. I worked long hours to ensure the operation’s success, but it took a toll. Not surprisingly, I was overwhelmed, but the damage extended to those around me. My assistant was underutilized, and nobody in the field felt like they had the authority to make decisions without my involvement. They felt belittled, and this affected morale. It also caused problems at home, most notably when I spent the evening out to dinner in San Francisco with my husband and his sister sitting alone in the car on a telephone call from the field. He wasn’t happy.

Feeling overwhelmed and overworked became an early career pattern. And when things got intense at work, I was often frustrated to see the negative impacts on the people in my life and in my command. But this pattern changed one day when I received feedback from a performance review. The leaders at and above my level were consistently happy with my performance, but my direct reports expressed a common frustration. One of them put it in a way that struck me and helped me get to the heart of the issue. She tries to take it all on herself. Truth hits hard, and I realized the issue was trust.

Starting the process to establish trust, or fixing trust issues, does not start with you walking into a situation and saying, “I trust you all.” And it certainly doesn’t mean that your team will respond with “We trust you, too.” So how do you start? Here is the approach I have followed with success for the past 13 years to earn and develop trust.

Trust is a two-way street. Be the first to the on ramp.

You are the leader, so developing a culture of trust starts with you demonstrating it. Delegate. Pick a small task and accept that it may fail. If it fails, understand why it failed: was it a lack of clear direction, training, resources or time? Fix what failed and provide a second chance. The bottom line is that you need to build a team you can trust because it isn’t your job to do it all.

Say it: “I don’t know.” You will show your team that you trust them to teach you something. Listening provides a means of demonstrating your confidence in their abilities and their value on the team. Plus, everyone loves a moment to shine.

Develop a pattern of regularly talking to your team and asking questions. I have found that most people are proud to share their accomplishments and open up quickly about their problems if they feel engaged and trusted. The interaction with your team will strengthen your relationship and reinforce trust. It will also allow you to identify and correct problems early in the process.

* The views expressed herein are those of the author and do not purport to reflect the position of the United States Navy, the Department of Defense, or any of its components.

The post I Had It All Wrong—Until I Learned To Trust appeared first on ChiefExecutive.net. 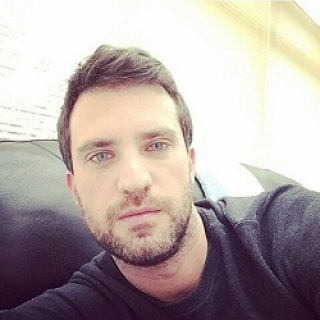